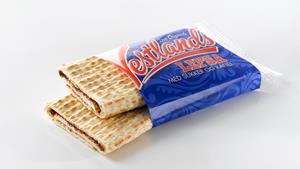 Orkla Foods Norge has signed an agreement to divest the Vestlandslefsa brand. The purpose of the sale is to streamline the portfolio and concentrate production at Stranda on pizza.

The buyer is Skagerrak-Holding AS and its subsidiary Baxt Lierne AS. Baxt is a well-known supplier of bakery products to the Norwegian grocery sector, convenience stores, petrol stations and the out-of-home sector.

The agreement concerns disposal of the Vestlandslefsa brand, including recipes and production equipment. It also includes the Li-Klenning trademark.

The lefse (soft potato flatbread) business became part of Orkla through the acquisition of Rieber & Søn in 2013. Orkla’s net sales revenues from the lefse products that are to be divested totalled around NOK 20 million in 2019.

“Vestlandslefsa has a long history and is a favourite of many Norwegian consumers. We are glad that the business will be continued in the Baxt group. The sale is part of Orkla’s strategy to concentrate resources on our priority growth areas,” says Paul Jordahl, CEO of Orkla Foods Norge.

The parties have agreed not to disclose the selling price. The agreement will be effective from 6 July 2020.

Orkla is a leading supplier of branded consumer goods and concept solutions to the consumer, out-of-home and bakery markets in the Nordics, Baltics and selected markets in Central Europe and India. Orkla is listed on the Oslo Stock Exchange and its headquarters is in Oslo. In 2019, the Group had a turnover of NOK 43.6 billion, and approximately 18,500 employees as of 31 December 2019.